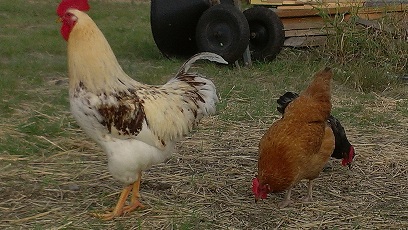 I started raising organic chickens in early 2011, not for the meat, for the organic eggs. I had previously been raised around chickens on a farm in Missouri for several years. I was around 10 years old and had to go gather eggs daily. That was a chore I didn't look forward to. Having a mad old hen pecking at you was not fun. But having a mad old parent pecking at you was less fun. They usually pecked with a belt or a switch.

Now I have raised them as an adult. I have seen how each chicken develops a different personality. I have been able to gather eggs without having a hen pecking at me. I have watched them run around the yard, eating bugs and pooping all over the place, squawking and running at the drop of a hat. I have seen how a rooster will defend the hens from anything no matter what size. They are amusing to watch.

I have one rooster that sometimes forgets how to get out of the coop. The other seven chickens have no problem. Sometimes one of the hens can't find the others because they are behind her. They may be only a couple of feet away, but she can't find them and will ''ba-rawk" until one of the others happens to walk in front of her.

When I got the idea of raising organic chickens I had visions of them keeping bugs out of the garden. They had visions of eating everything in sight. Crickets, grasshoppers, tomato worms, tomatoes, chard, lettuce, everything. So now they are not allowed in the garden area when there is something growing. I just got the book Free-Range Chicken Gardens: How to Create a Beautiful, Chicken-Friendly Yard. I am hoping to apply some of the ideas in it next year. 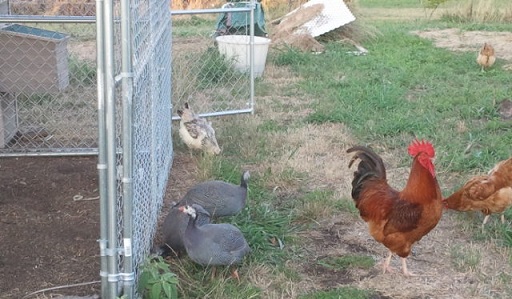 Our first rooster. He had to be replaced by the one at the top. He was too mean.

Raising organic chickens is relatively simple. Put out organic feed and plenty of water. Gather eggs. Lots of eggs. I have five layers and usually get an egg a day from each. I can't eat them all so friend and neighbors get the excess. As long as they give me empty egg cartons, they get the excess.

At least I consider the chickens organic. The feed is supposed to be, but is it really? I can't tell by the taste, but the bag says it is. I think most of the bugs they eat were raised organic. At least I hope so, although some of those grasshoppers did look a little like they had been taking steroids. Maybe they flew in from the cornfield down the street. 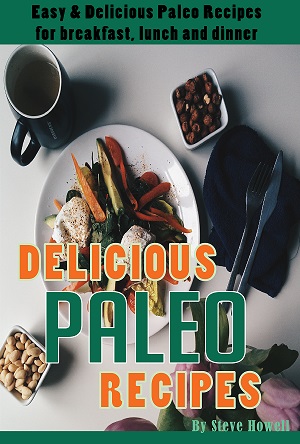