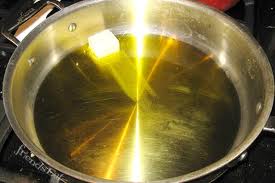 Some of the facts about oils:

Cooking: Heating any oil changes its base characteristics. When oils are subjected to high heat, the chemical structures of the fatty acids are changed. This can create toxic substances. Oil that is healthy at room temperature will become unhealthy when heated above a certain temperature. If it smokes you have reached that temperature.

It is important to match the oil's heat tolerance with the cooking method. Olive oil has a relatively low smoke point as compared to peanut oil, safflower oil or sunflower oil. These might be better choices for cooking since they are polyunsaturated fats and have higher temperature characteristics.

Oils are refined or processed foods. Whether it is corn oil, olive oil or coconut oil it takes processing to get the oil from the base food. Sometimes that process is a high temperature process. This can damage the oil even before it’s bottled. The raw package is usually better than the processed oil.

Ground flaxseed is healthier than flaxseed oil. Raw still contains all its nutrients, antioxidants and fiber. The same with sunflower seeds, pumpkin seeds and nuts. Cold pressing even causes some of the toxins that heat does, just not as much.

Oils also don’t last long either. Since the oils have been taken out of their protective package they tend to oxidize quickly, or go rancid. Most of the fish oil tablets you get today have already gone rancid. That is why they taste so bad. That is why it is better to take a tablespoon of flaxseed or eat walnuts to get your omega-3’s instead of fish oil supplements.

Canadian growers bred a variety of rapeseed in the 70's that was lower in erucic acid. They termed the new oil "Canola" (Canadian Oil Lower Acid).  This was to convince people that is was safe to eat.

Monsanto has created a genetically modified variety that is resistant to Roundup.  Most of the farms that don't use the Monsanto seeds have been contaminated with the GM plants so getting GMO free Canola oil is very hard. Thank you Monsanto.

Some consider corn oil to be healthy since it is a vegetable oil.  There are a couple of reasons why they couldn't be further from the truth.

First, most corn oil is a highly processed product.  It is pressed and then a solvent (hexane or isohexane) is added to extract the oil.  Then it is alkali treated.  Then waxes and odors are removed with steam.

Second, it is almost always made from GMO corn.  Again, thanks Monsanto.  Genetically modified foods have been shown to cause several problems.  See Health Foods to Avoid

For most people coconut oil is considered a worse choice as compared to olive, flaxseed and nut oils due to its high saturated fat content.  It is considered a better choice than animal fats such as butter and lard as well as any of the trans fats.

One of the facts about all oils, they are still a fat and still 120 calories per tablespoon, so they should be used in moderation.  It is still much better to get your fats straight from the protective package like coconut, walnuts or flaxseed.

Leave Facts about Oils and Go to Home Page 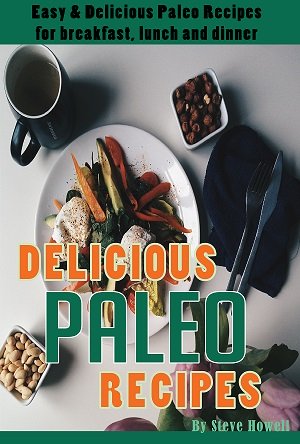